Airbus H145 (Eurocopter 145) is a multipurpose helicopter, developed by French-German company Eurocopter, also designated as H145 in the line of Airbus Corporate Helicopters. As we had already written in our previous articles, this helicopter is the older brother of Eurocopter 135, won its place and became popular in the aviation of European countries and the world. The helicopter has been in production since 2000. As of 2020, more than 1,000 such helicopters have been produced, while the Ec135 is in the vicinity of 700 machines. Ec145 has incorporated most of the qualities and characteristics of its predecessor, the multi-purpose BK117 helicopter, although it is more associated with the 135th model. 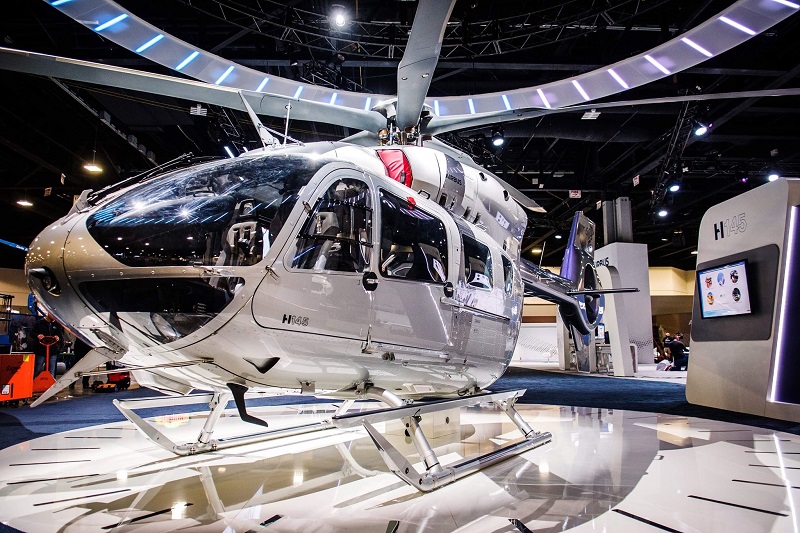 The standard cabin layout has 6 seats, but to achieve greater capacity, the cabin can be modified to a version with up to 10 seats. The helicopter is produced in several versions, depending on the purpose.

Since the helicopter is multifunctional and multitasking, it is widely used in aviation in the medical version. An important factor here is single-level floor, sliding side doors and rear double doors, which allows maximum use of all helicopter space and installation of medical equipment. Moreover, the helicopter can hold 2 stretchers on wheels and 3-4 medical personnel. Its technical characteristics allow it to fly in the city limits, thanks to fenestron it flies quietly enough and with less influence of vibrations. Powerful engine allows to hover in any difficult weather conditions, in a strong wind, is able to land on the roof of a high-rise building without any problems. The helicopter is very stable and obedient, and most importantly safe. 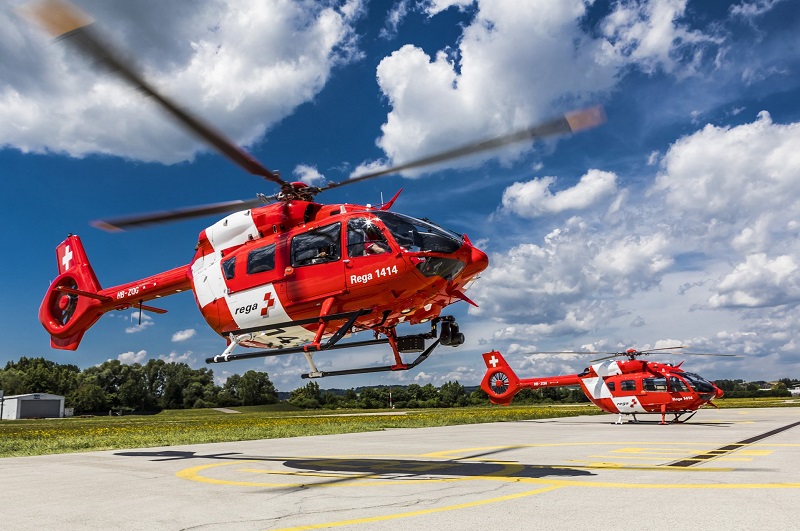 The first model of the helicopter was produced with a tail rotor, but later helicopter series H145 was upgraded to a version with fenestron, was installed innovative navigation system Helionix, four-axis autopilot, has received a number of revisions and updates, including the main and tail rotor gears. 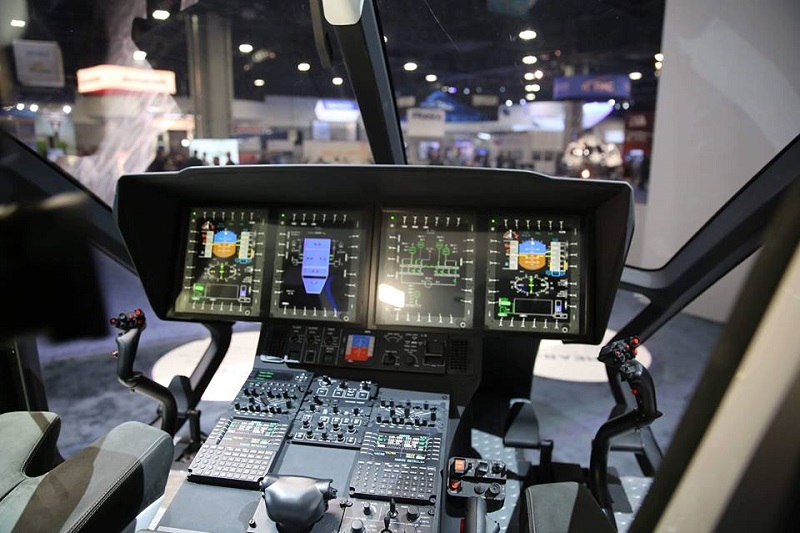 Helionix is an innovative avionics suite developed by Airbus specifically for helicopters, including high-precision warning and control systems, navigation and location systems. Under the control of such avionics high flight accuracy and stability is achieved, protection from going beyond flight modes is provided, the ability to perform automated helicopter takeoff, landing approach with hovering. 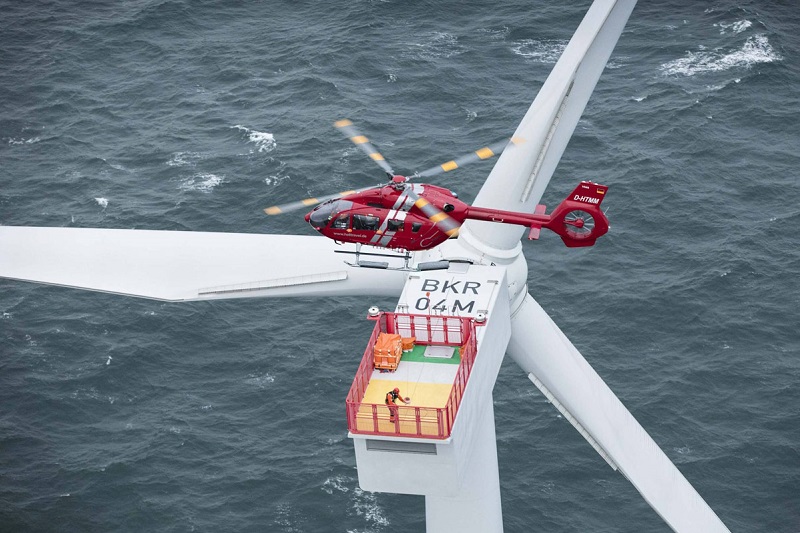 The company pays sufficient attention to additional equipment to improve its machine. In addition, an emergency positioning transmitter is installed. The helicopter is comfortable over water, which makes it possible to fly to various drilling platforms, land on ships and so on. When used as a police helicopter, the 145th is capable of delivering a specially equipped response team of 9 people. 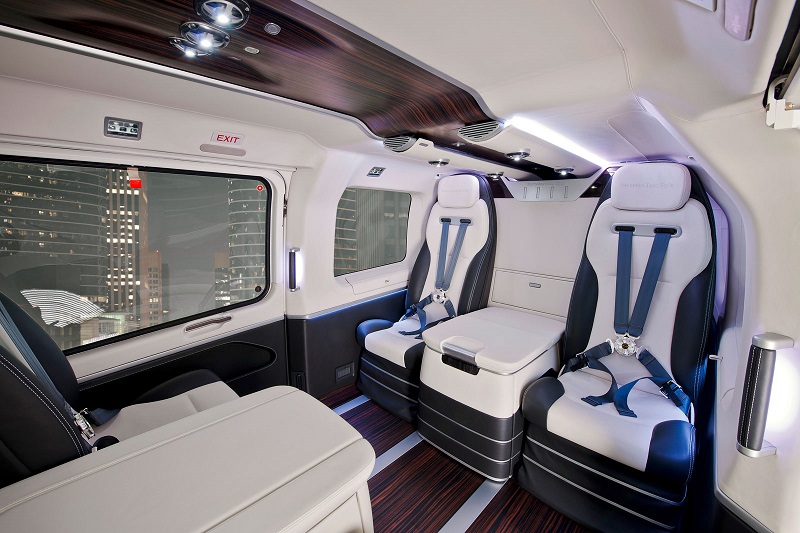 The H145 version of the Airbus Corporate Helicopters is used for private and commercial flights. The Stylence cabin design by Mercedes Benz is able to satisfy the most demanding passenger. The leather interior, wood inlays and the author’s own interior lighting keep the atmosphere favorable throughout the flight.

Why did we pay so much attention to this helicopter in our article? It is very simple, for our country the H145 helicopter is intended for the Water Police Department and the National Police, National Guard, as well as for the State Emergency Service of Ukraine. Ukraine has signed a contract for the supply of 55 machines in 2018 with Airbus, of them including 10 new helicopters H145 D3 with 5 blades, 3 of which will be equipped with a medical kit EMS. At least 2 of the D2 version helicopters are already in our country performing their missions.

The contract is worth 551 million euros. In addition to the helicopters themselves, the package includes spare parts, additional equipment, special tools for helicopters, as well as maintenance, simulator training and training of maintenance personnel.

At the Heli-Expo 2019 aviation exhibition the helicopter was presented in the modernized version H145 with a five-blade main rotor, thus the helicopter became even more controllable, stable and able to increase payload capacity. The helicopter is constantly being refined, modernized and improved.

As the manufacturer himself says – this is the most flexible cabin of the helicopter, it can be adapted to any purpose. In our opinion, Eurocopter is probably the leader as the most comfortable and constructive helicopter capable of transformation.