We are used to seeing one compensating propeller in the tail of the helicopter, driven by a gearbox, a cardan shaft and a hub, to compensate the reaction torque. But Bell helicopters developed an innovative concept, replacing the tail rotor with 4 electric motors and 4 closed-type rotors. The system is called EDAT (electrically distributed anti-torque).

The uniqueness of the system is that each of the propellers is driven by its own independent electric motor, hence the speed is regulated independently of each other. Electric motors are driven by electric generators, driven by helicopter engines. 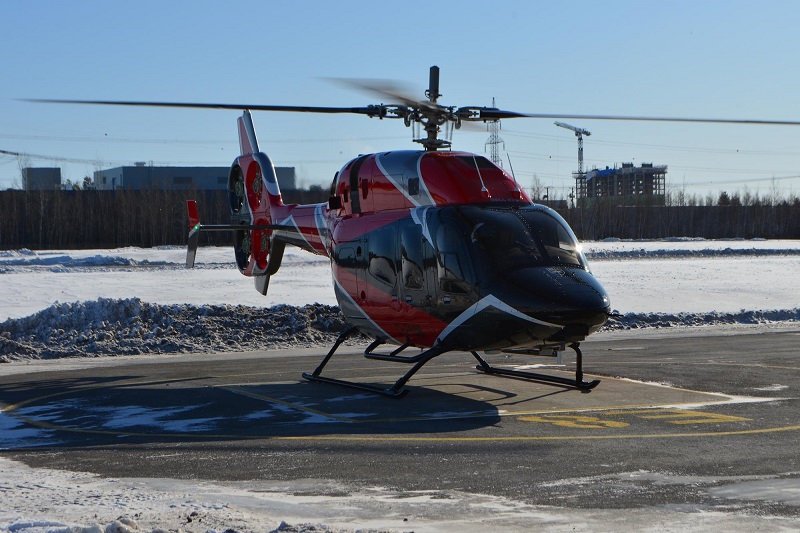 According to specialists, the Bell company, the control system is much safer than the usual compensating screw, because if it fails, the helicopter loses control. With the help of electric rotors, the system will allow the pilot to safely fly the helicopter even if three of the four rotors fail, which significantly affects the safety of flight.

The two generators are powered by a shaft that goes to the tail rotor, as in the conventional version of the helicopter. Even if both engines fail, energy to the shaft will be transferred from the rotating by autorotation propellers, respectively, generators continue their work and the helicopter will not lose control.

Electronic control system allows to make turns with absolute accuracy, which is extremely important in the hover mode and for maneuvers at low speed. Moreover, the helicopter is stable and obediently flies sideways.

The control system has been being tested on a modified Bell 429 helicopter in Quebec, Canada, since May 2019. We await the results with interest.