The Bell Huey is an American multi-purpose helicopter by Bell Helicopter, also known as the Bell UH-1 Iroquois. It is one of the most famous and mass machines in the history of helicopter building. It has been in serial production since 1960. There are a large number of military and civil modifications.

Bell Huey is a multipurpose military transport helicopter of single-rotor design with tail rotor. The main rotor is a twin-blade rotor with semi-rigid blades, 533 mm wide. Powerplant was a Honeywell T53-L-703 turboshaft engine rated at 1342 kW; the standard fuel reserve of 799 liters could be supplemented with two internal auxiliary fuel tanks, each with a capacity of 284 liters. 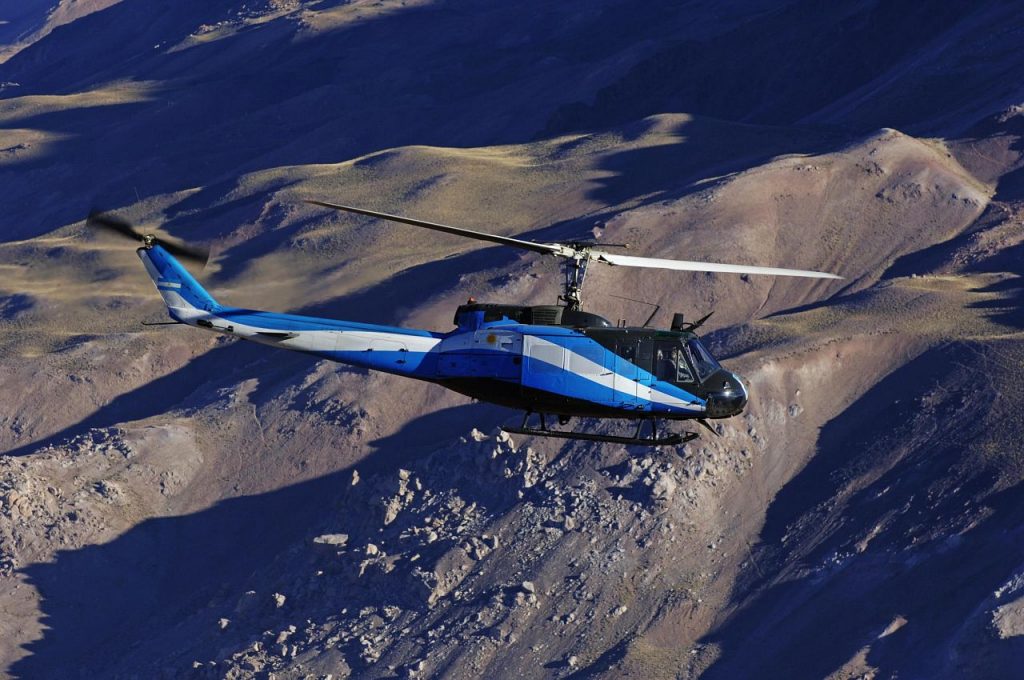 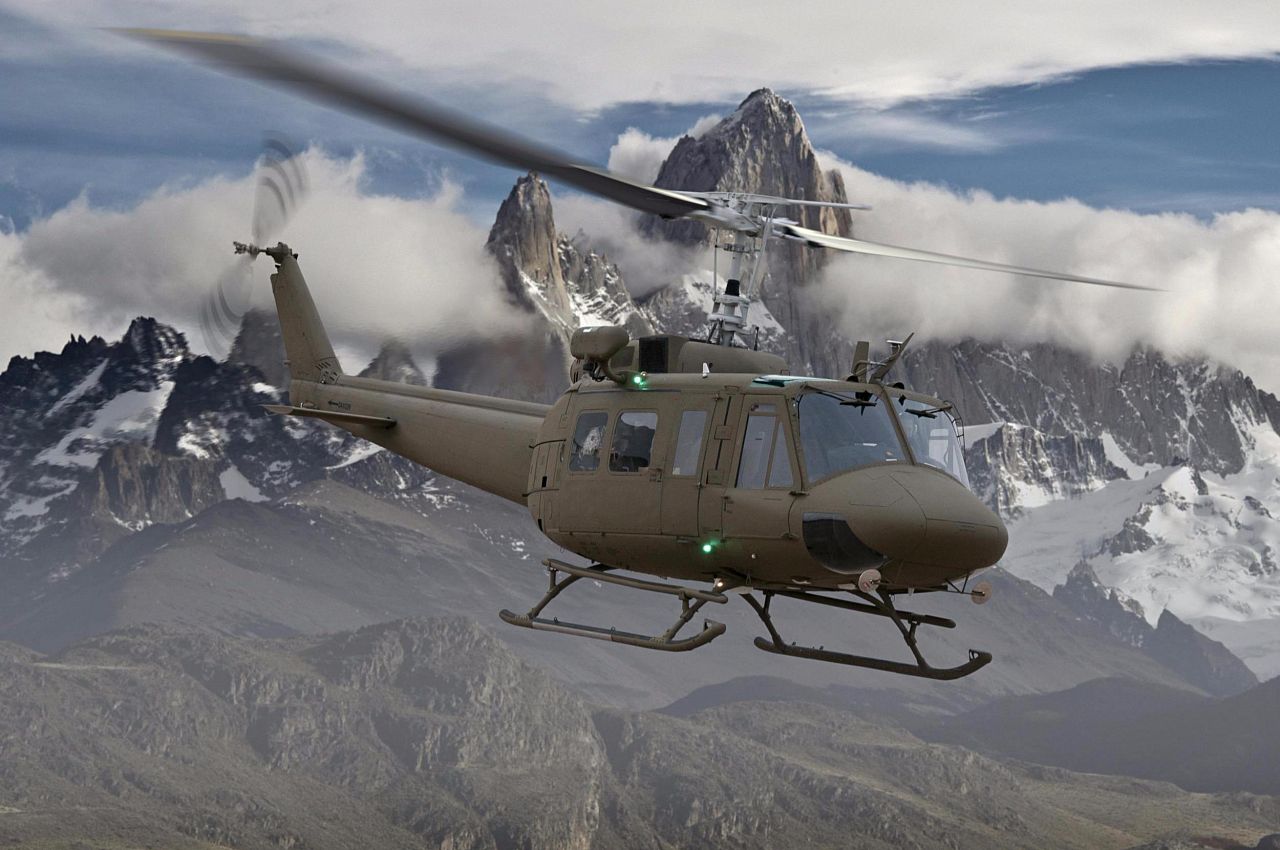 “Huey” is the official name in the United States Marine Corps.

The Huey II helicopter is currently the only OEM-approved modification of the UH-1H helicopter to date. The Huey II combines all new commercial dynamic components with the reliable Honeywell T53-L-703 engine, resulting in increased hover performance in hot conditions. In addition, the Huey II modification increases maximum weight to 4,763 kg, while reducing direct operating costs. Based on the UH-1H fuselage, the Huey II has a complete new wiring package, upgraded avionics, and a wide range of mission-specific options and configurations. So whether it’s a human transport, a hot climate medical evacuation, or a VIP flight, the Huey II can handle it all.

At first glance, the Huey may seem like a slow, rumbling relic of the Cold War era. However, a closer look reveals that it is an extremely spacious, quiet and reliable helicopter. Once the latest updated and upgraded software is added during production, it immediately becomes apparent why the Bell Huey II UH-1H remains a firm favorite among high society with specific requests for comfort. With its 20 square feet, the Huey is able to offer a level of comfort comparable to business class seats on commercial aircraft.