The first helicopter received a shade of Stirling Green. Also models will be available in Xenon Grey, Arizona Bronze and Ultramarine Black with a blue tint.

The Stirling Green color scheme is applied using gradient paint technology, then transitioning to Jet Black on the lower fuselage of the helicopter, then to Skyfall Silver around the fairings.

The helicopter interior is finished in black microfiber combined with genuine leather. The finishing materials for the helicopter cabin are the same as in the elite Aston Martin cars. 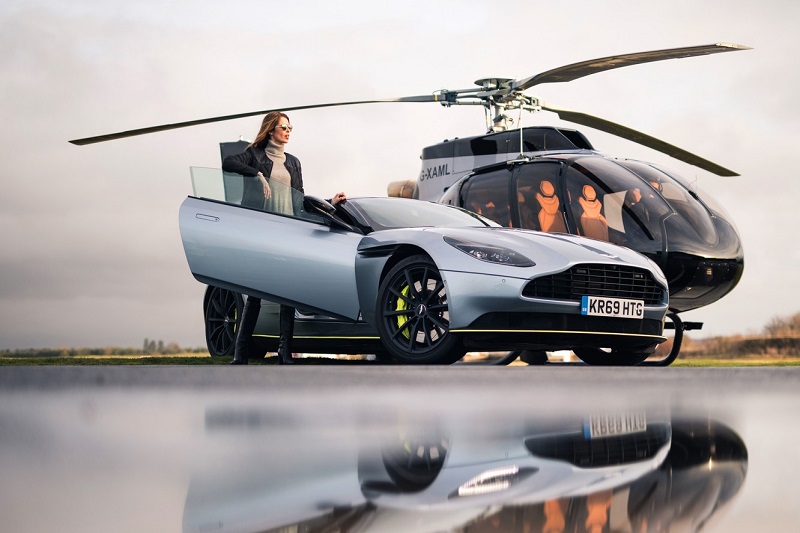 The cockpit of the helicopter is very comfortable and is trimmed with Pure Black suede. The customer can at his discretion order the leather interior in the color scheme Oxford Tan, Pure Black, Cormorant and Ivory.

The backrests of the seats have vertical perforations, which are also used in the Aston Martin DB11 model, and the doors are finished in leather, similar to the car. Thanks to the use of original materials of the car manufacturer, the interior of ACH130 reminds Aston Martin saloon as much as possible, what the specialists of the company and designers of the helicopter achieved.

The price of the helicopter has not yet been announced. The company is ready to announce it only upon request. It is worth noting that the helicopter by Aston Martin is produced on the basis of Eurocopter 130. Approximately such Eurocopter costs about 3 million euros.

First delivery of the machine is expected in the first quarter of 2020. We will wait for the appearance of the helicopter in our country.