The Eurocopter 135 or Ec135 is one of the most widely used and popular helicopters in Europe along with the long known Robinson helicopters. Unlike the Robinson, which is often used for training, personal transport or less often for commercial flights, the Eurocopter 135 is more widely used in European countries due to its technical features and qualities. Let’s find out how many years ago the history of this amazing machine actually began. We will talk about this in our short article. 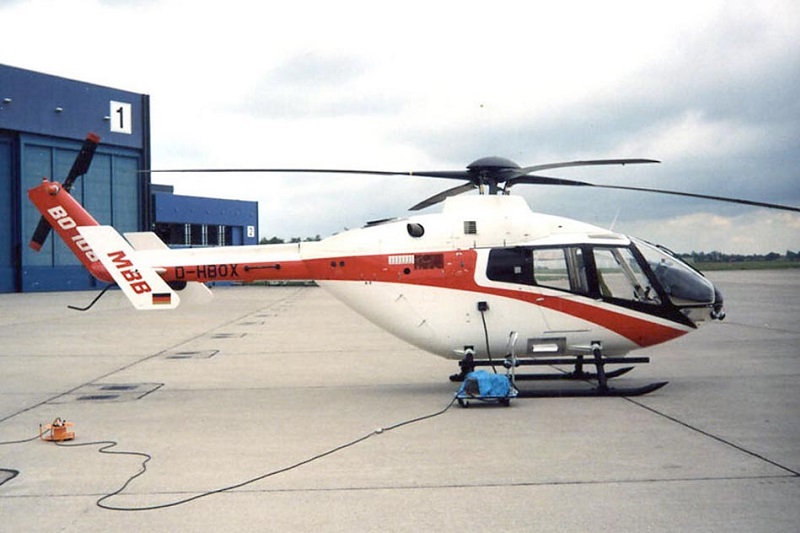 To begin with a bit of history. The development of the helicopter was conducted since 1980. The developers needed 8 years for the first prototype to fly and 6 years for the pre-production model to take off in 1994. After all the necessary tests in 1996 the helicopter entered into series production and to date over 700 aircraft have been produced. The basic model for the 135 was the MBB Bo 108, the silhouette of which can be clearly traced in the features of the 135 to replace the obsolete Bo 105.

Let’s take a look at the main technical features of the helicopter. First and foremost the engine. What distinguishes our model from, for example a similar class helicopter, Bell 505 JRX. Eurocopter 135 helicopter is equipped with two engines, which gives it many advantages in speed, range, power, rate of climb and so on. The helicopter is available with two versions of engines: 2 × turboshaft Turbomeca Arrius 2B2 with 606 horsepower and 2 × turboshaft Pratt & Whitney Canada PW206B2 with 621 horsepower, which is 1200 hp on average against Bell 505’s 504. Climb rate, thanks to the propulsion system is 7.6 meters per second.

The helicopter has a cruising speed of 240 km/h, in the basic version can overcome up to 650 km and can stay in the air up to 3.5 hours. 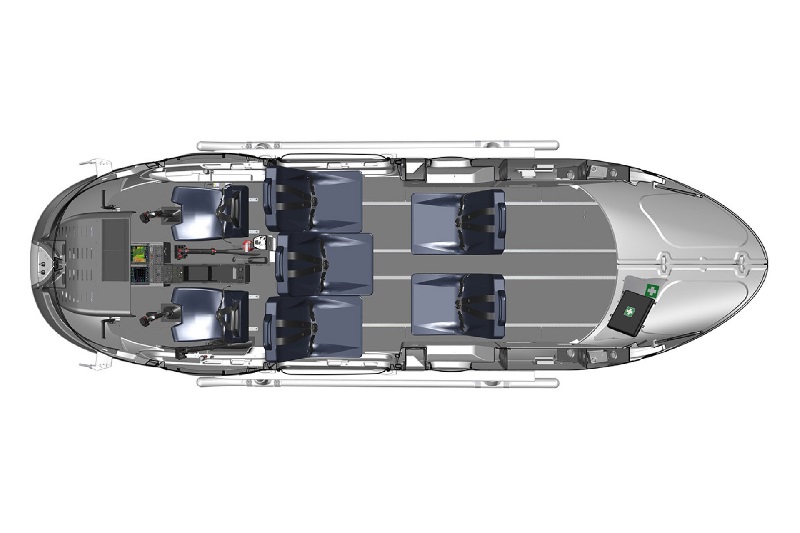 Cabin modification is designed for 1-2 pilots and 5-6 passenger seats. The helicopter can be easily enough converted into an ambulance (medical), it is equipped with a rear hatch, which makes it easy and unhindered to convert it for a stretcher. Four bearing blades and ARIS (Anti Resonance Isolation System) system of the main rotor vibration reduction enabled the helicopter to find the widest application for medical flights. The helicopter is equipped with a fenestron, which allows it not to exceed noise standards and thus makes it possible to be used in cities at different times of the day. 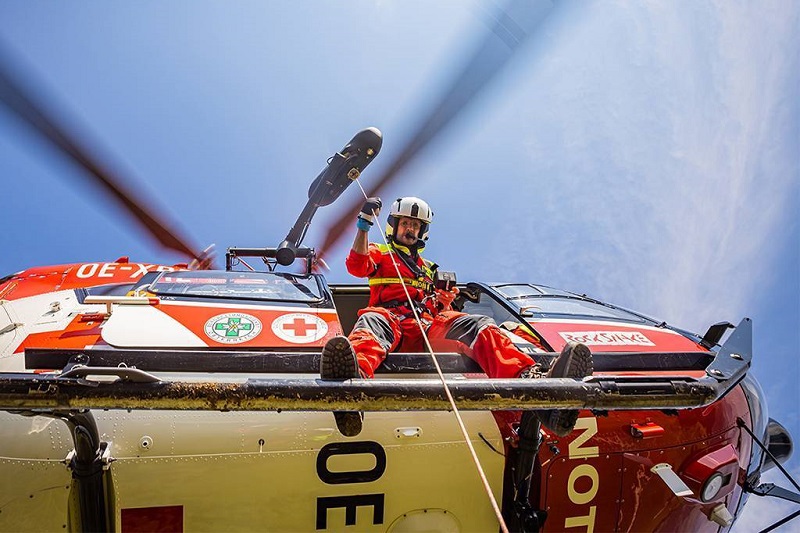 The helicopter is widely used at ski resorts, in all kinds of rescue units, in police, used for works on offshore gas and oil production platforms, for ship transport aviation. Having powerful engine and ability to gain altitude quickly, the helicopter has got wide application and demand in difficult climatic and unfavorable conditions, in hard operating conditions and hard-to-reach places for flying. The helicopter is equipped with Hellas laser obstacle warning system, which allows maneuvering in limited space and poor visibility conditions. 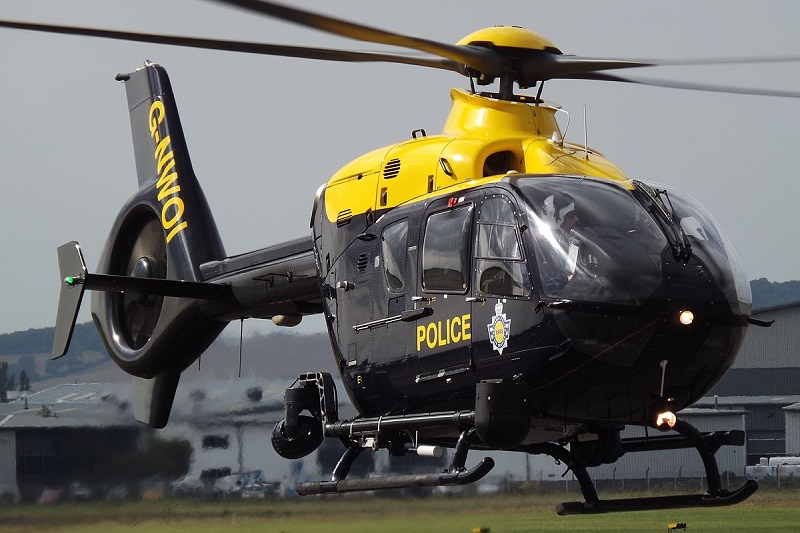 Hydraulic system and electrical system have double redundancy, which makes the helicopter virtually fail-safe. The helicopter can perform IFR flights due to pilot-navigational equipment and possibility of using meteorological radar, which is extremely important in extreme conditions, when the impact of weather conditions should be minimized. All these qualities make the helicopter as safe as possible. 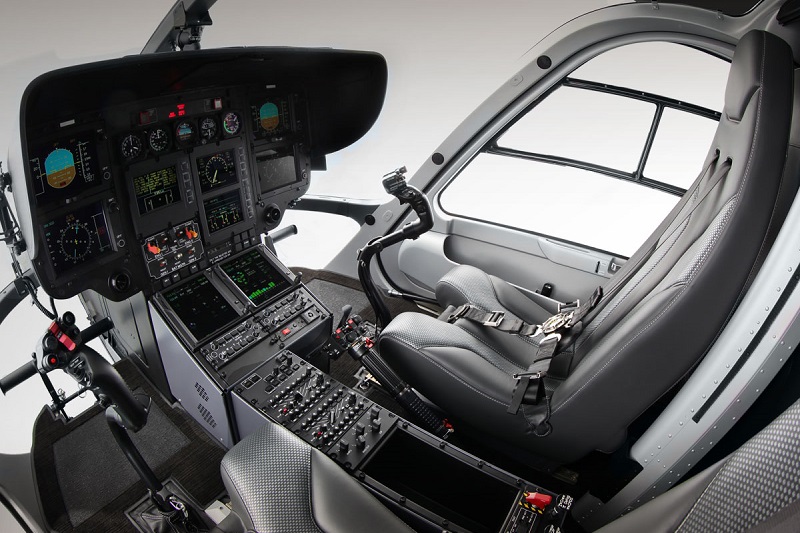 In 2014, Eurocopter was renamed to the Airbus Group, in other words, Eurocopter helicopters are now called Airbus. This change affected our helicopter as well, and during the rebranding it was named H135. The helicopter has since been used in business aviation, in the Airbus corporate helicopter division, as the corporate helicopter for business aviation in the world. Due to its characteristics it became in demand for commercial flights, for personal use, as a business class helicopter. Airbus H135 is used for VIP charter flights, equipped with designer cabin and ventilated leather seats, tinted windows for passenger doors, air conditioning. 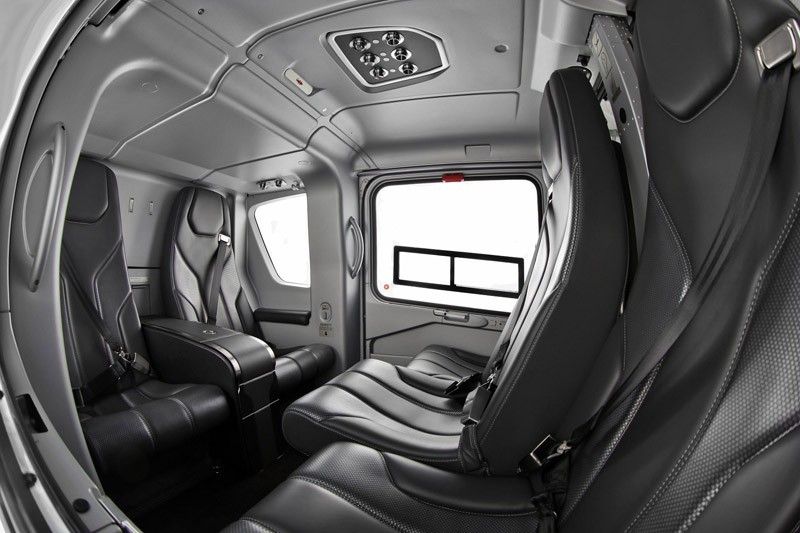 Every day the helicopter faces more and more new tasks and obstacles, it has to overcome distances, take off and land, carry the benefit and every minute fly to the rescue.