The market for Leonardo Helicopters helicopters in the corporate niche is estimated by the manufacturer’s analysts at 800 machines for the period of 2016-2019. According to the company, currently they occupy 65% of the market of twin-engine helicopters in VIP configurations, and the appearance of a new member of the 139 – 169 – 189 family will further strengthen the manufacturer’s position in this segment.

The AW169 program was announced at the Farnborough International Airshow in July 2010. The AW169 is part of Leonardo Helicopters’ new generation helicopter family, which also includes the AW139 and AW189. The new helicopter has quickly gained market success, receiving orders for more than 50 machines from customers around the world, including two from Russia. The company currently has an order book of more than 80 AW169 helicopters.

The AW169 was developed in accordance with the latest FAA/EASA Part 29 certification standards and meets the most stringent safety requirements. The design features an impact-resistant cockpit and cabin structure, a shell that protects against engine explosion, as well as the ability to fly with one engine not running. 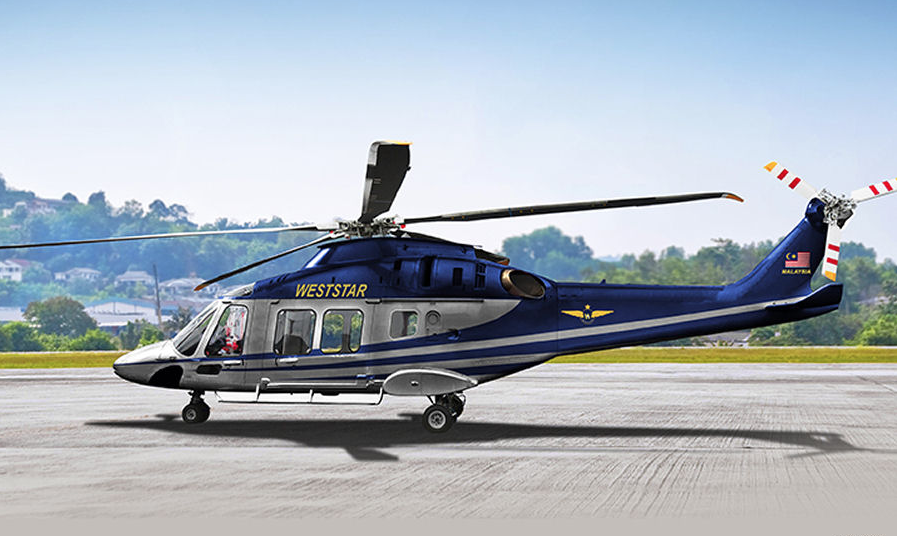 A project by Lanzavecchia + Wai design studio, which was selected during the Flydeas for the City competition, deserves special attention. The futuristic interior concept for four passengers has earthly motifs and swivel seats with a translucent cocoon. Above all, the interior gives helicopter passengers the ability to transform the helicopter depending on their needs. Each passenger has his or her own seat with a table, lighting and recharging slot. This personal space becomes open when there is a need to organize a conference club. 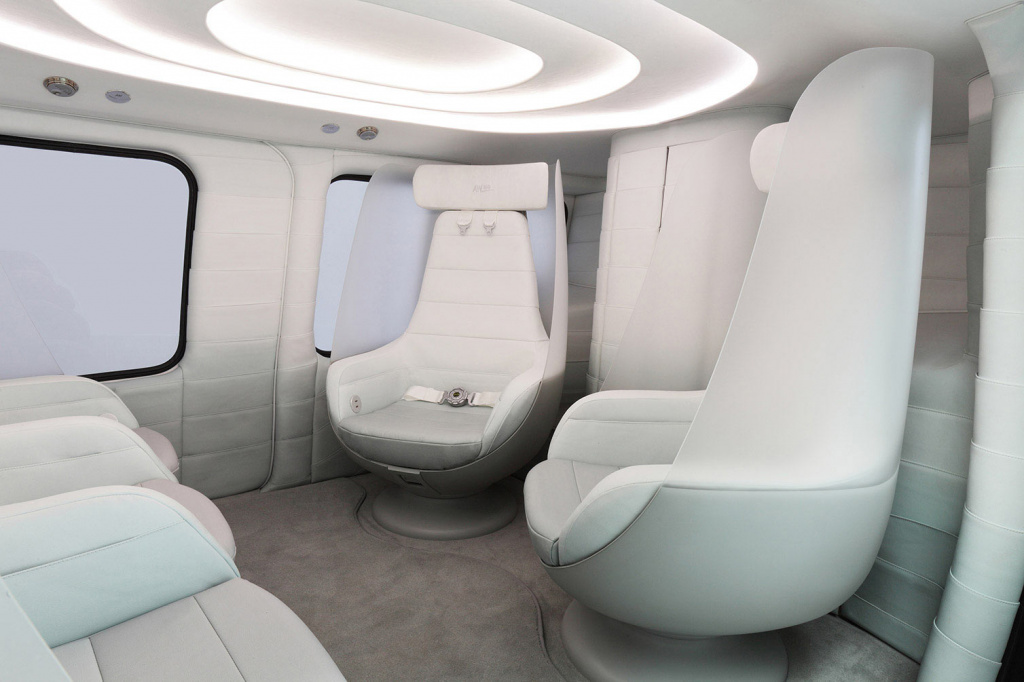 Lanzavecchia + Wai designs furniture and has no experience with aircraft interiors. “The opportunity to work on such a large and technically complex object is amazing for us,” says designer Francesca Lanzavecchia. – The concept conveys the calm and relaxed speed capabilities of the helicopter. Speed is the keyword of Leonardo Helicopters.”

“This concept meets our requirements – we wanted to have a personalized helicopter,” says a Leonardo Helicopters representative. – The aircraft has to be made to fit the customer, not be standard.” By the way, the first VIP machines are already in operation. 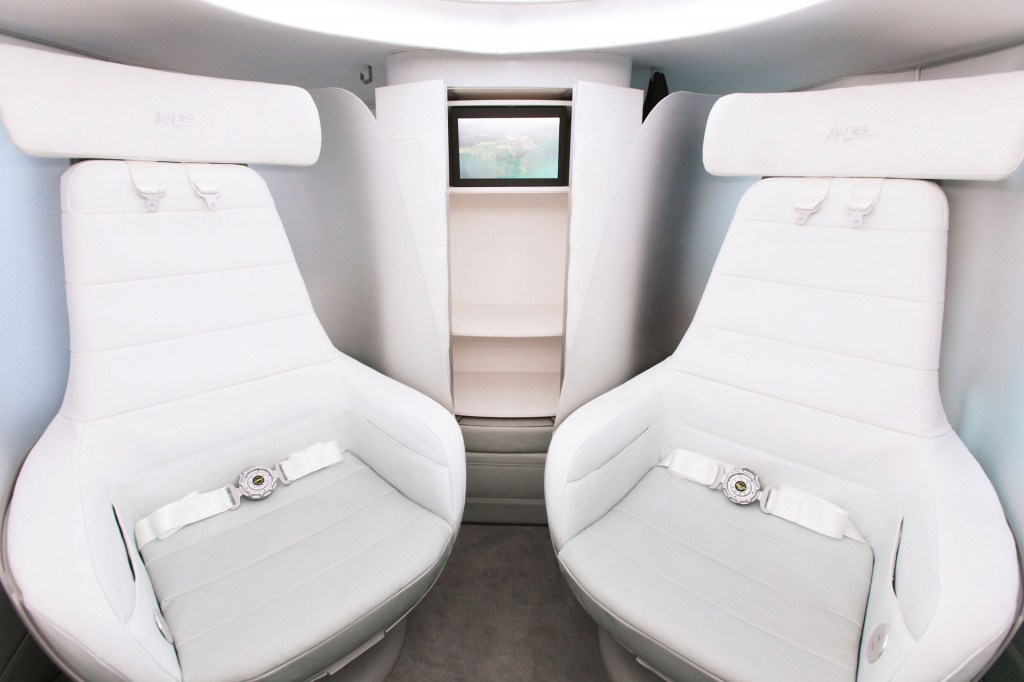 The Italian company Mecaer Aviation Group, which specializes in the development and production of technological units and spare parts for aircraft and helicopters, also presented a new interior concept for the AW169.

According to experts, it is the most luxurious interior that has been developed for helicopters of this type. The interior was created by the design atelier Mecaer Aviation. The main directions of the designers’ work were noise insulation and maximum comfort for passengers. Almost all trim elements are handmade and installed using the highest quality materials, including natural wood and leather. 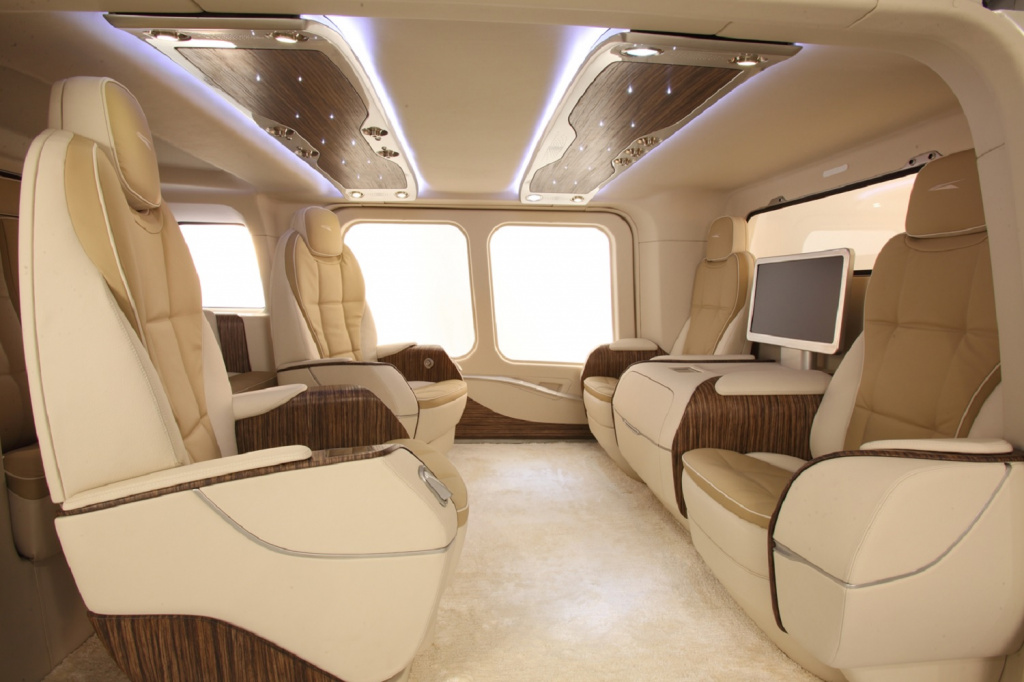 The new interior has the option of integrating the passive vibration suppression system SILENS System. The cabin is also equipped with the revised IFEEL multifunction system, which makes it much easier to control all the equipment in the passenger cabin, as well as wireless Internet. Thanks to the use of modern soundproofing materials in the helicopter you can talk almost in a whisper, at least this is what the developers say. And the design solutions themselves are quite revolutionary for helicopters of this class. The company also offers the development of a personal design for a specific aircraft, but, of course, within the concept.

This interior will be available for new vehicles, and if desired, Mecaer Aviation will convert the interior on vehicles in operation as well.